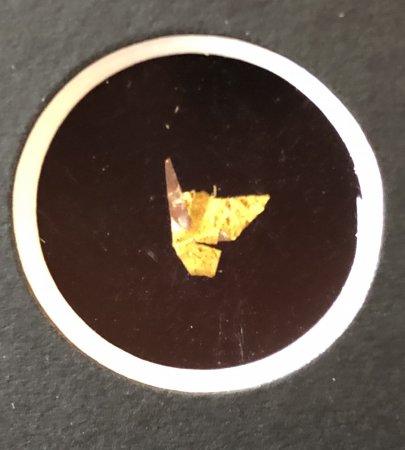 This item has a maximum order quantity of 5.


Ships today if ordered in the next:

Prints made and assembled in the USA with imported frame materials

For a limited time, you can own an actual piece of the “one giant leap for mankind.” Accompanied by a Certificate of Authenticity, this commemorative print of the 50th anniversary of the Apollo 11 Moon landing features a space-flown fragment of Kapton thermal insulation removed from the actual Apollo 11 Command Module. Framed behind glass in a museum-quality collectible, these limited-edition prints (measuring 8" x 20") are destined to become a family heirloom, treasured for generations to come.

The Saturn V, the rocket that lifted the Apollo 11 astronauts Neil Armstrong, ‘Buzz’ Aldrin and Michael Collins into space history, was the most powerful rocket ever created by man. She generated 7.5 million pounds of thrust using five F-1 engines. With a 100% success rate, the Saturn V remains a testament to the technological heights mankind can achieve.

The Command Module Columbia served as the spacecraft control center for the Apollo 11’s historic moon landing of the Lunar Lander. On July 24th, 1969, the Command Module re-entered Earth’s atmosphere and splashed-down into the Pacific Ocean, safely returning America’s heroes back from space.

NOTE: Although all collectibles will be numbered, we can not guarantee any particular number. Order early for lowest available numbers.

Also available for a limited time: 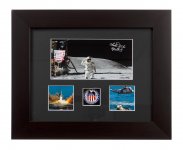