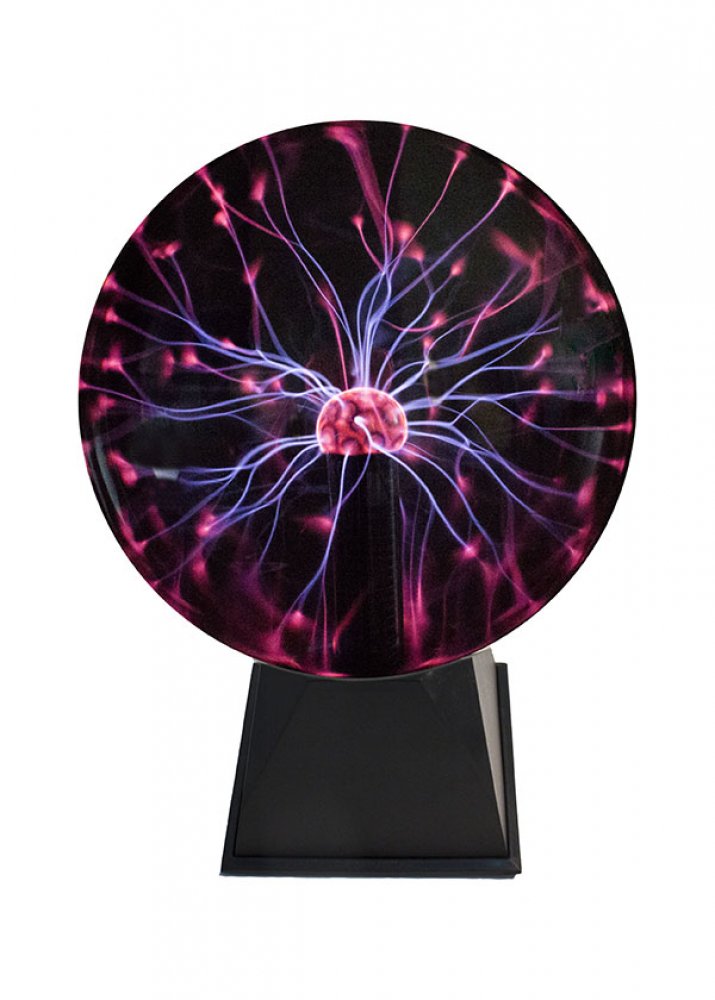 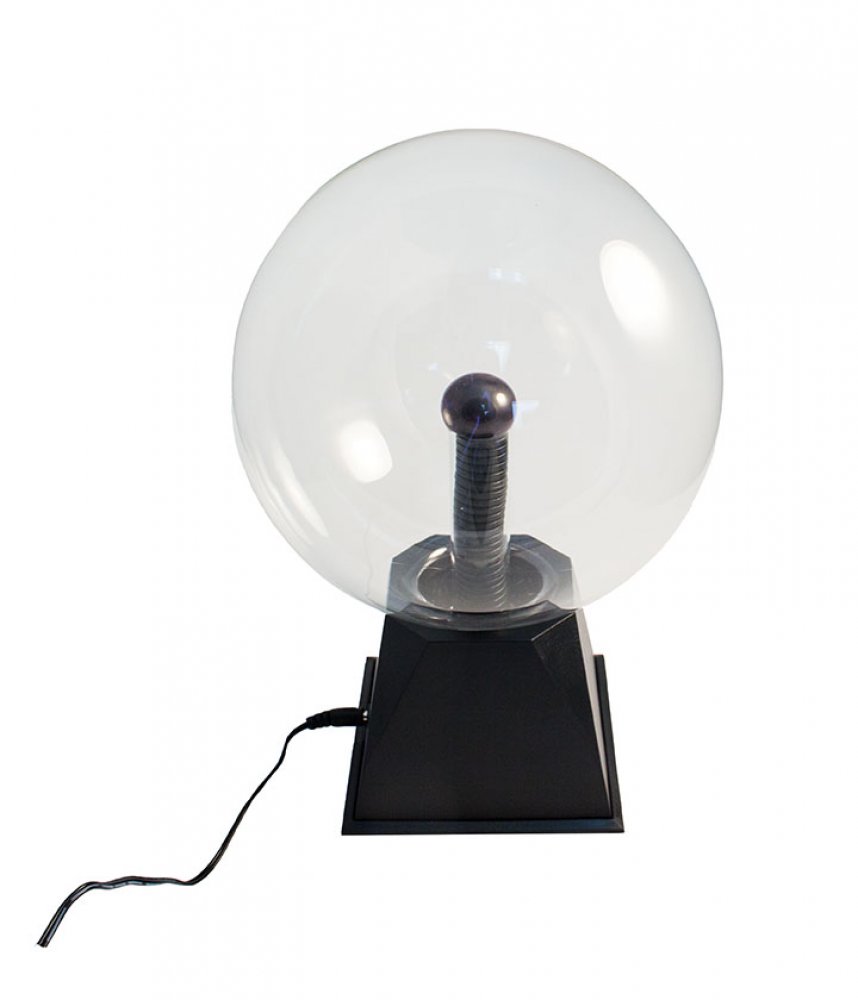 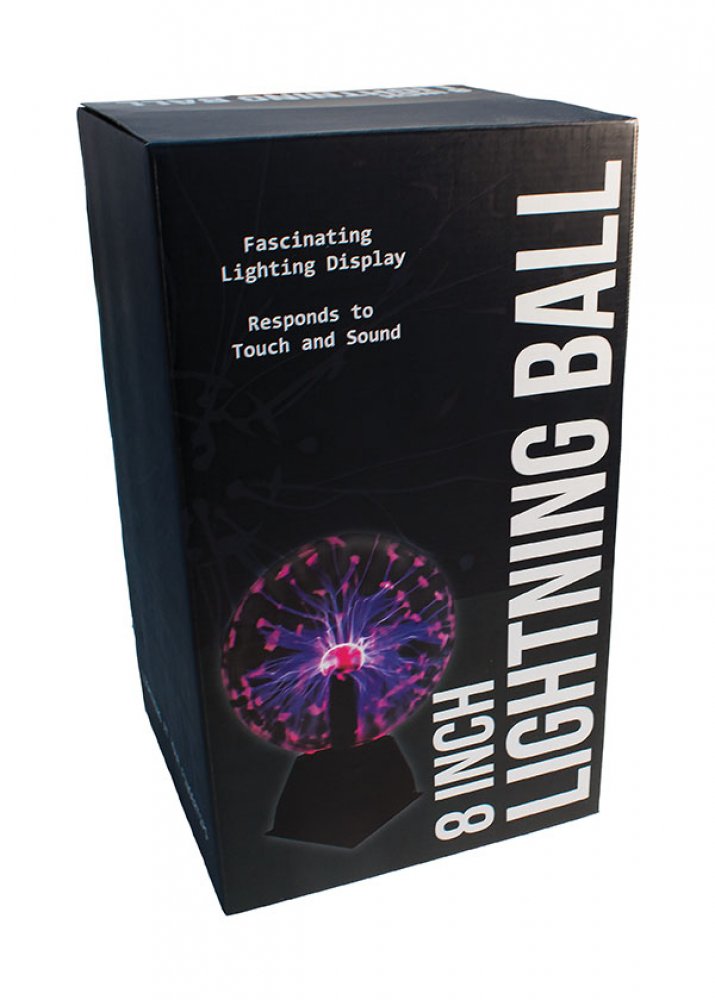 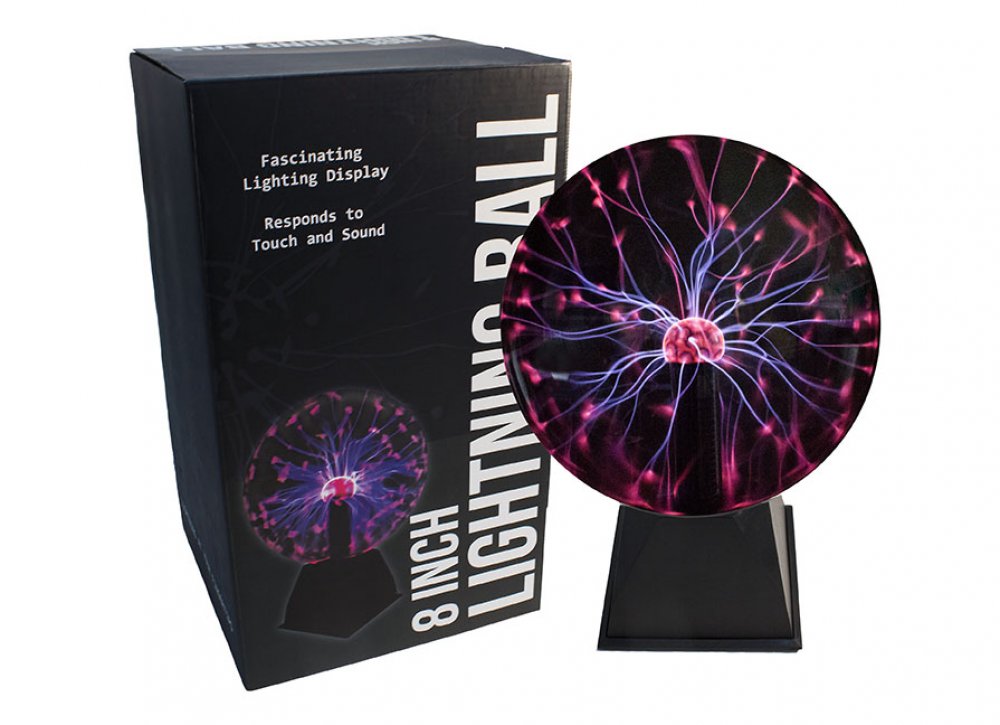 
Creates an Amazing Lightning Show - from ANY Angle!

A little bit of science, a little bit of art, and a whole lot of cool! This Plasma Lightning Ball is simply the ultimate interactive light show. Blending specially formulated inert gases, it creates a dramatic display of light inside a hand-blown glass sphere!

Fascinating to watch, this light is even more fun to play with! Just place your fingers on the glass surface and watch as colored bolts of glowing light follow your every move. You can actually "feel" the energy as the light gently tickles your fingertips!

Featuring a super-large 8" glass sphere, the Plasma Lightning Ball can be viewed from any angle, and comes complete with its own AC power adapter. Black base design may vary.

This is really NOT a toy. There is a protective coating on the glass. If you do drop it, and the glass breaks, the Plasma Ball is designed to stay in generally the same ball shape, without flying glass.

Simply the BEST Plasma Ball on the market today!


Nikola Tesla originally invented the plasma lamp more than a century ago after experimenting with high-frequency currents in an evacuated gas tube.

An important contributor to the start of commercial electricity, Tesla produced the work that formed the basis of modern AC electrical power systems, and helped bring about the second industrial revolution.

The modern version of the plasma lamp was designed by Bill Parker in 1970, and uses a mixture of xenon, krypton, neon and other gases to create the vivid colors and complex patterns you see in the plasma ball.