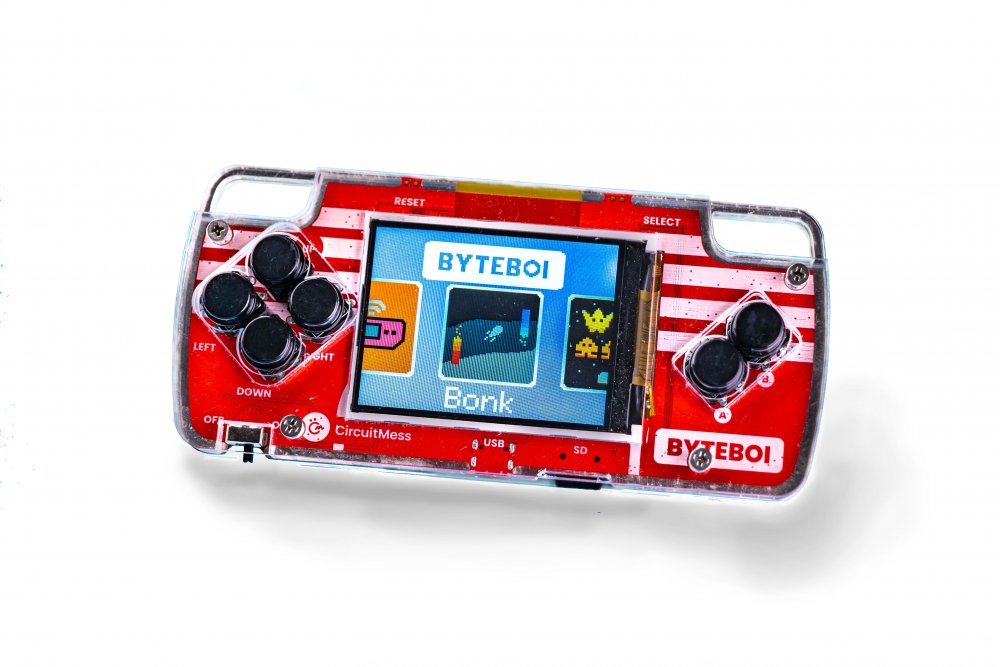 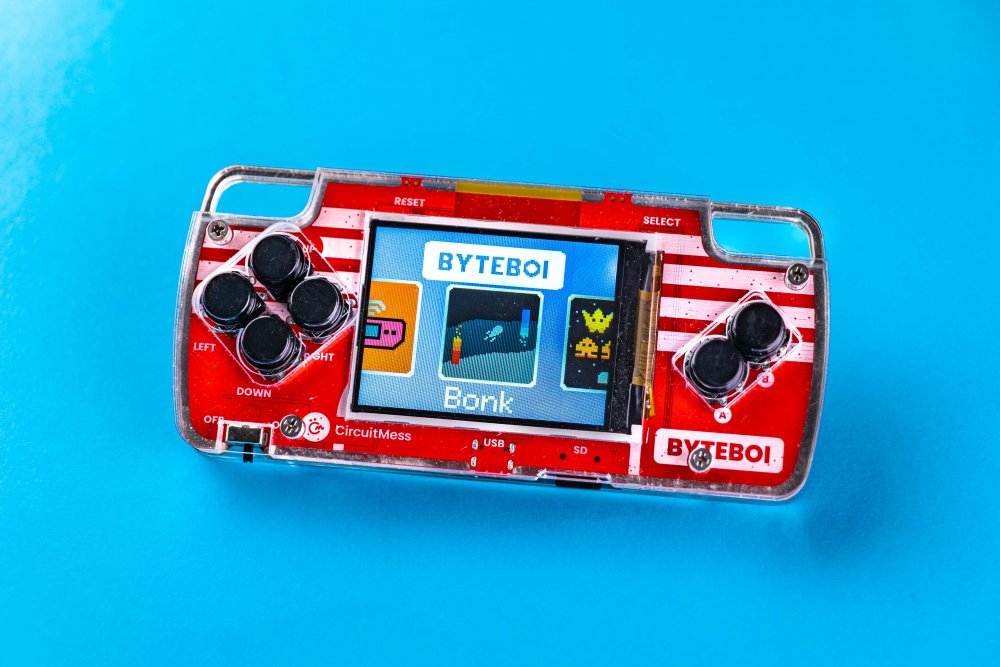 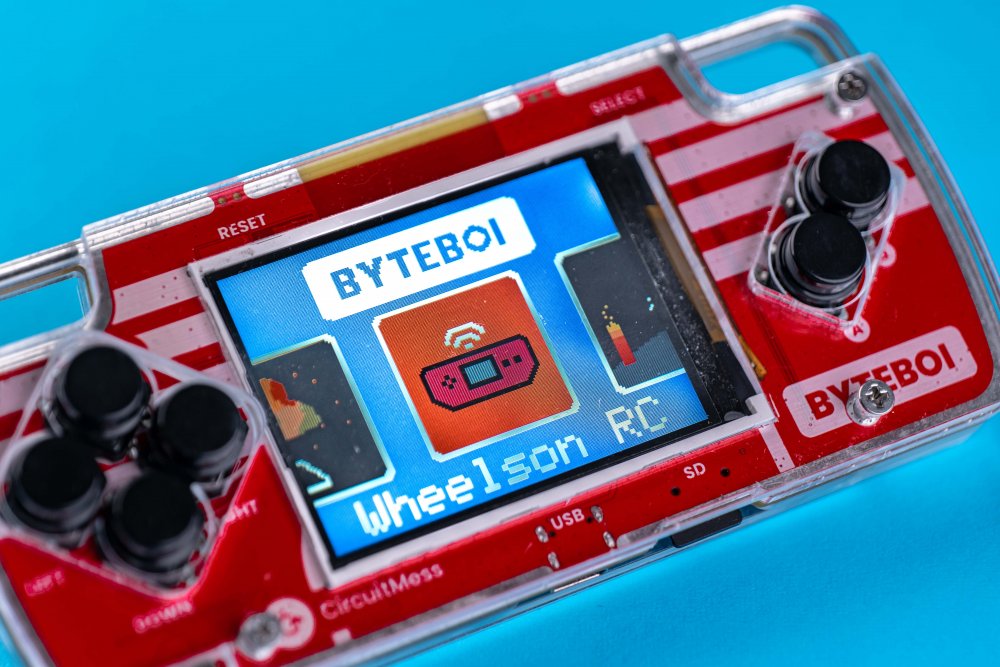 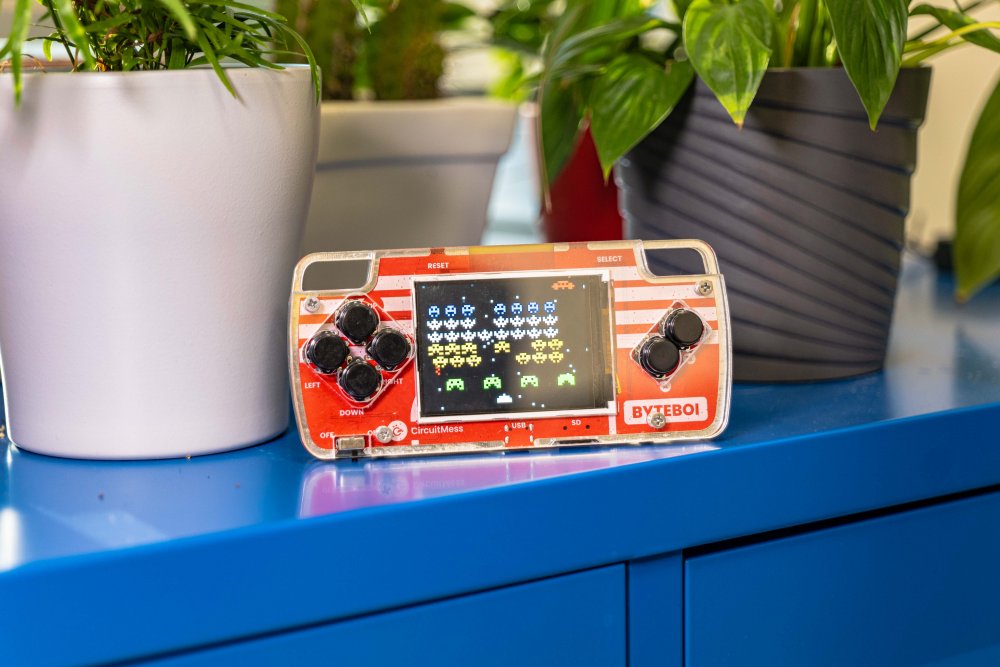 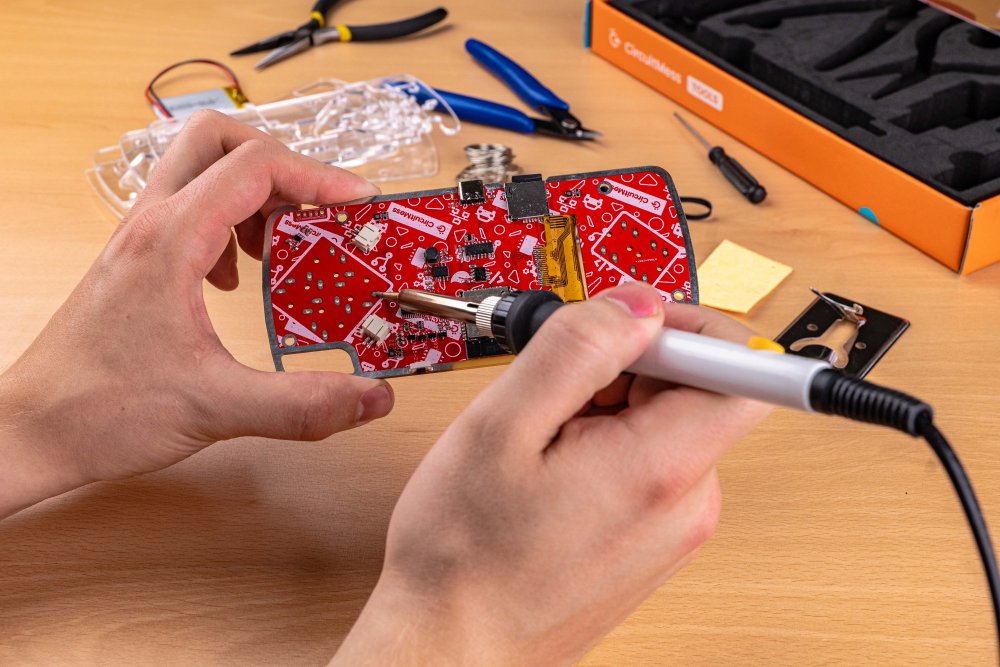 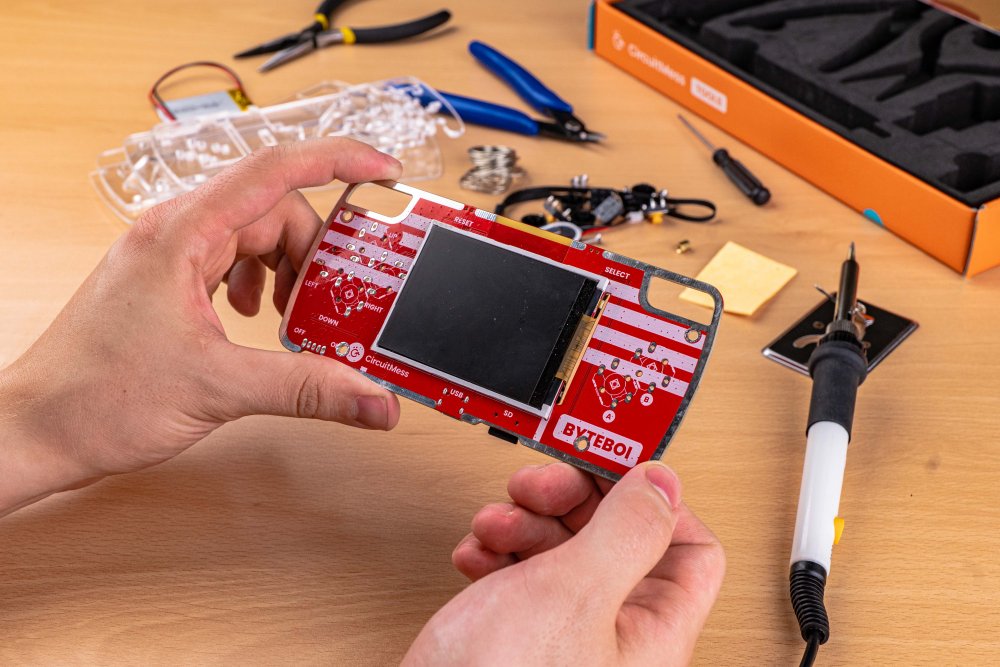 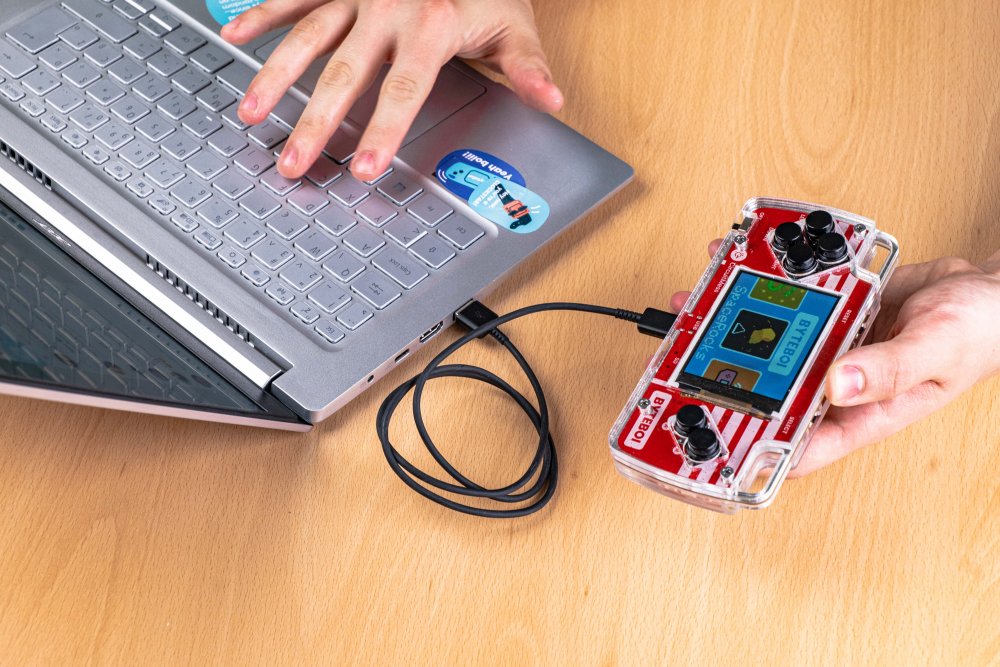 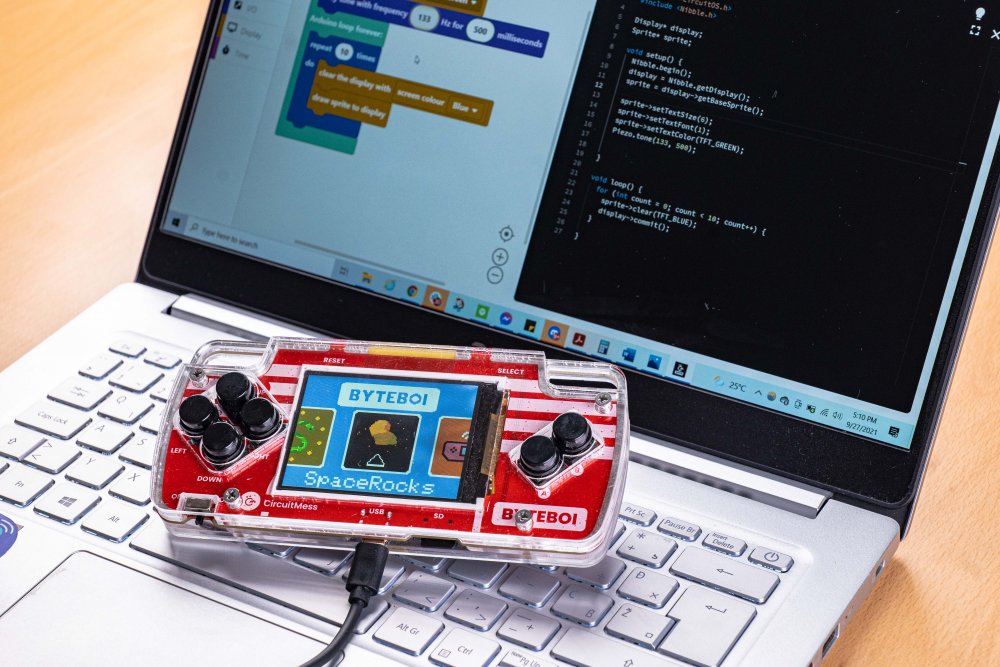 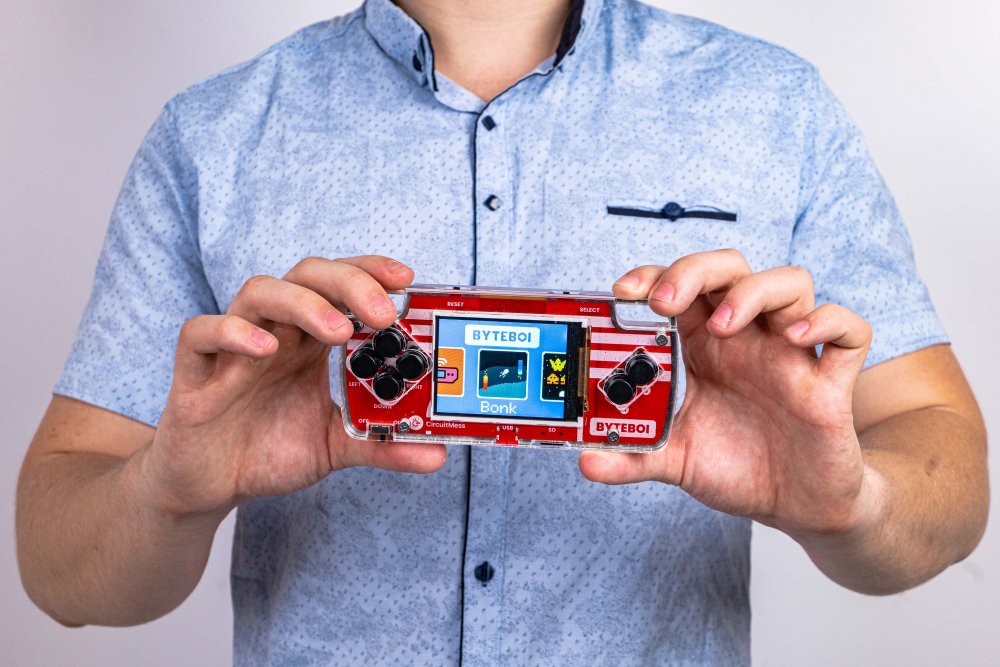 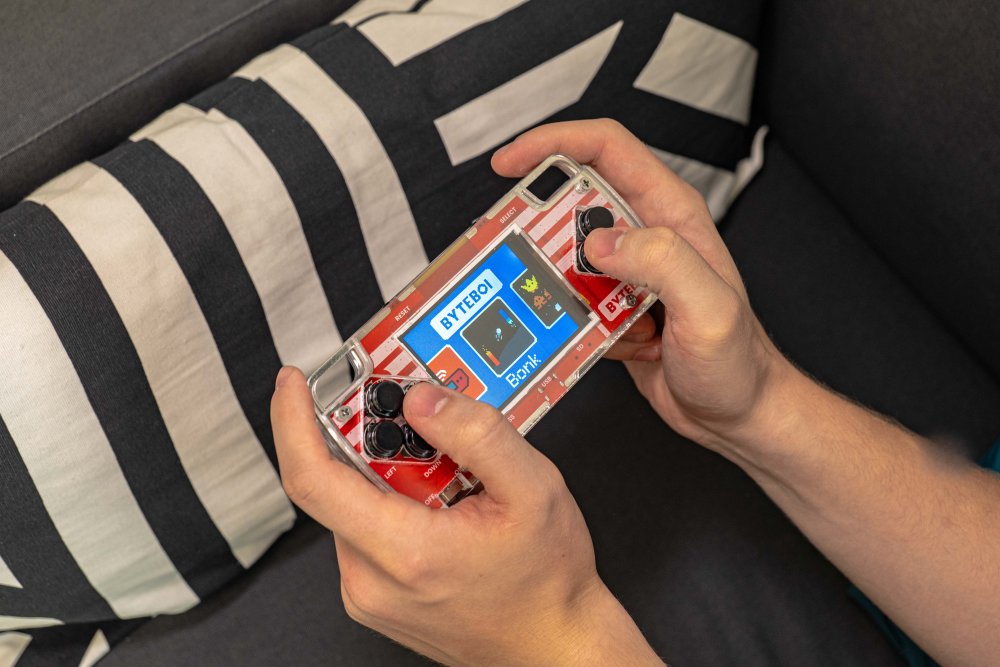 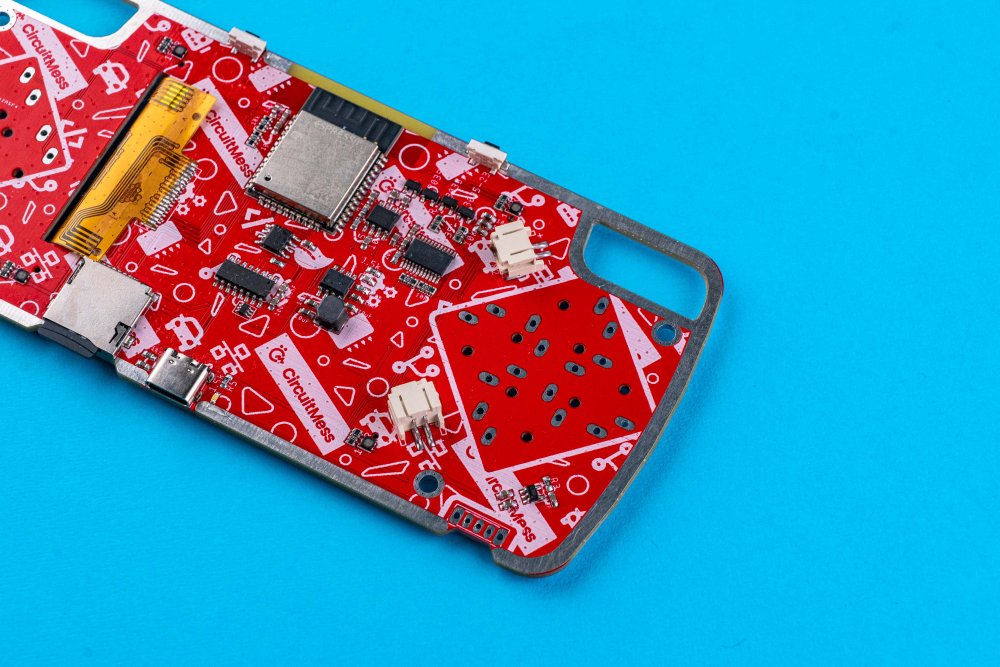 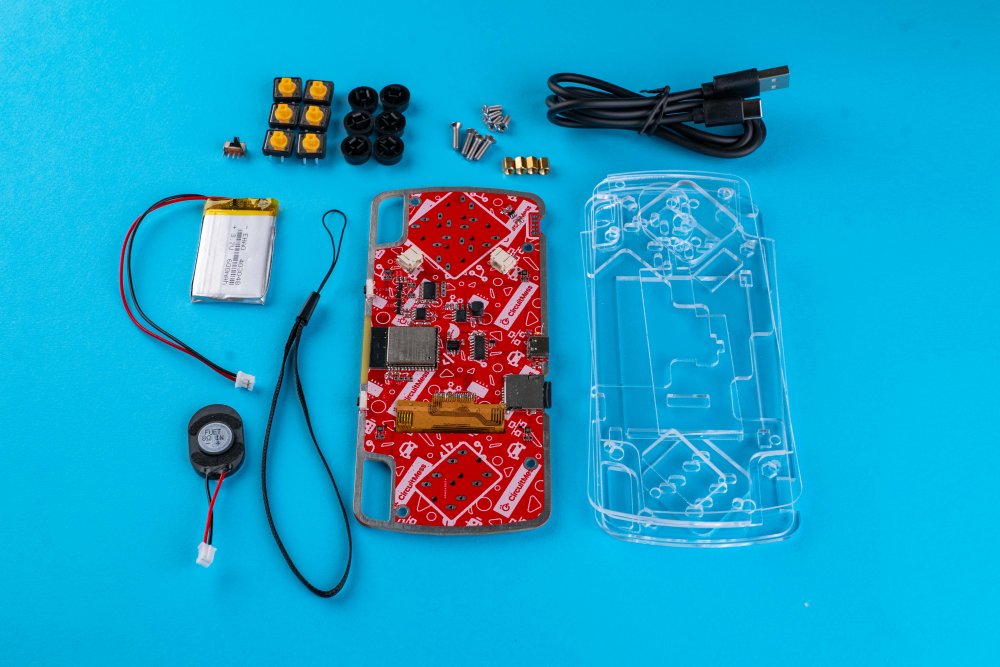 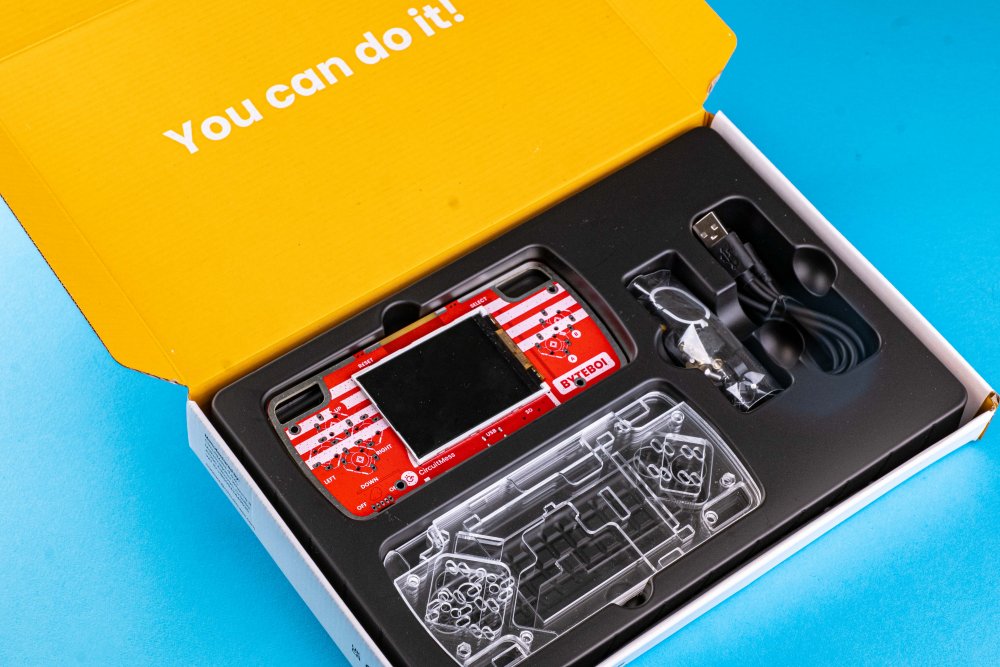 
Play a Game You Made on the Console You Built

Become an engineer as you make your own game console and program games to play on it. Assemble the handheld piece while learning about the mechanics and electronics that allow it to run.

Completed, you’ll have hours of programming and video game fun. The ByteBoi can be in MakeCode Arcade, which is an easy-to-use coding interface that offers examples and tutorials to help you. Possibilities are endless as you code your own game as you learn about game graphics and character animation.

Includes everything you need to assemble your own handheld game console:

Pair with Wheelson – Build & Code Your Own AI Self Driving Car (#315756), and use this console as a controller.

Both ByteBoi and Nibble will leave you with a cool, handheld game console you built yourself, but ByteBoi takes it to the next level in both tech and age level! BytoBoi comes equipped with an integrated ESP32 dual-core CPU, a larger, full-color LCD screen and a rechargeable Li-Po battery. It also has Bluetooth capablities in addition to connecting to Wi-Fi!

Take it to the next level with this fun learning tool!

Wheelson
Build & Code Your Own
AI Self Driving Car