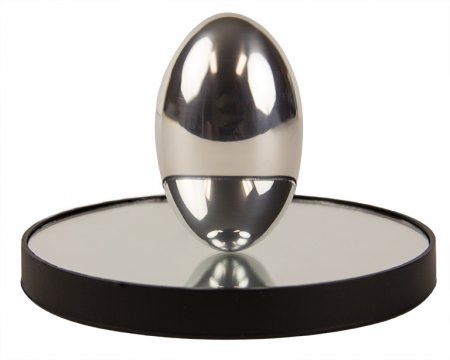 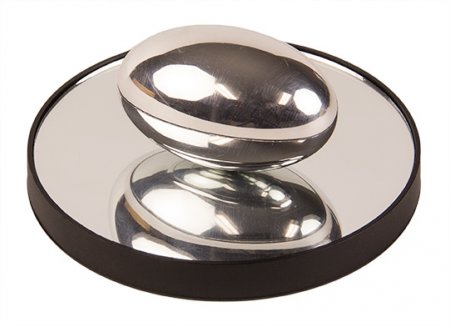 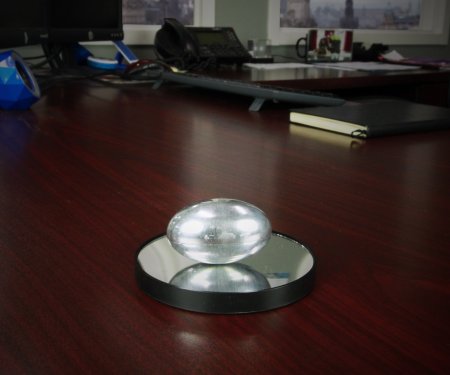 Place the thumb of one hand on one side of the long axis and the index finger of your other hand on the opposite side of this top. Now spin it on the included 3.5” mirror. With practice, this solid aluminum 2” top will amazingly stand up on one end! Experiment with physics and electrodynamics while creating fascinating optical effects.

The Science Behind the PhiTOP

The physics of the rise of the center of mass of spinning objects has been analyzed by physicists for over 150 years. It is quite complex. The effect can be seen using spinning rocks, nuts and even chicken eggs (if they are hard boiled). The PhiTOP optimizes the effect by employing a prolate ellipsoid shape.

Although the PhiTOP is made of sold non-magnetic aluminum, by bringing a magnet (not included) near to it while spinning upright, the PhiTOP will fall down. This is a nice example of Lenz’s law. It is the inverse of Nicola Tesla’s “Egg of Columbus” demonstration that played an important role in the in the triumph of AC over DC at the end of the 19th century. That demonstration used a three phase AC current to produce a time varying magnetic field which would spin up a metal shaped object.

As this top begins to settle down in its motion, if there are lights sitting above it, the images reflected off the surface take on beautiful time varying patterns. These are examples of “Lissajous” figures. They are usually produced by the use of oscilloscopes, or by employing coupled pendulums in a device called a “harmonograph”. 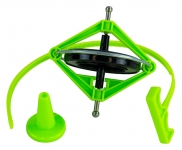 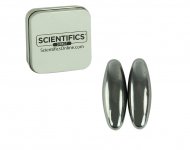