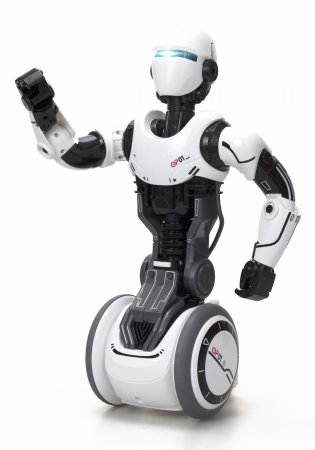 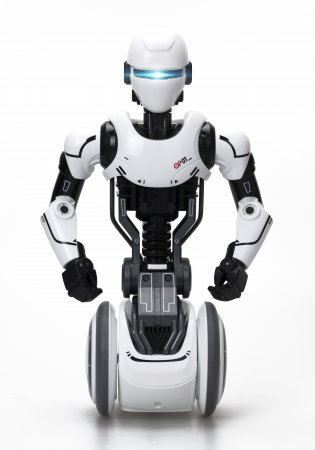 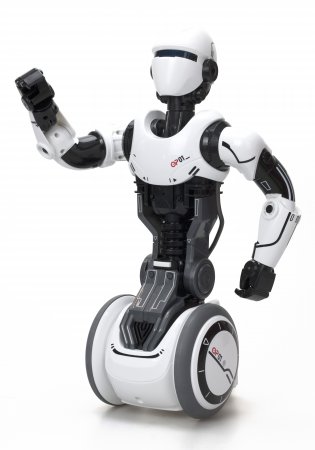 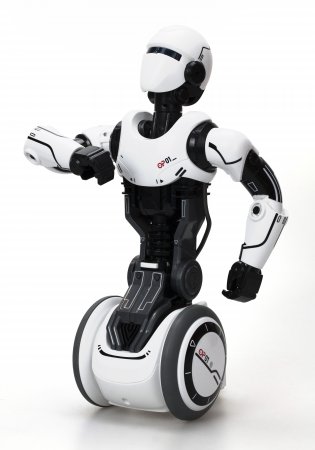 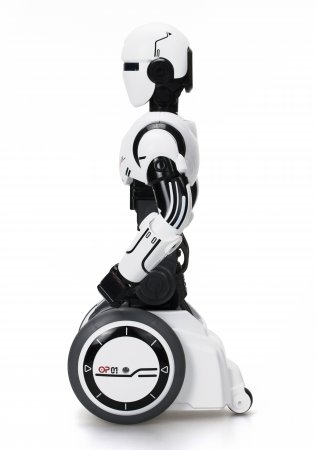 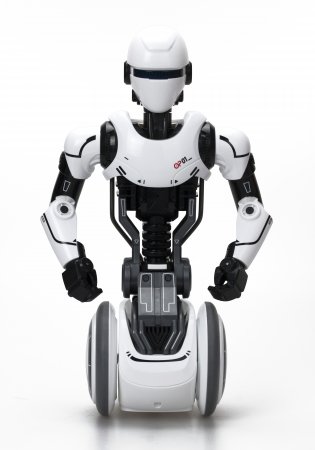 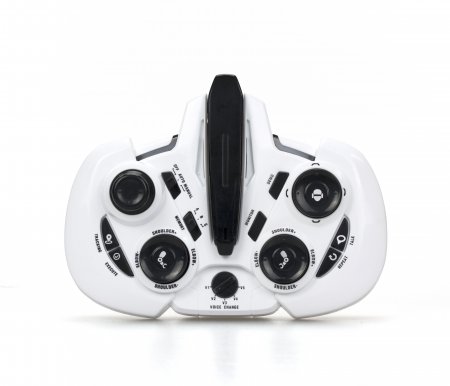 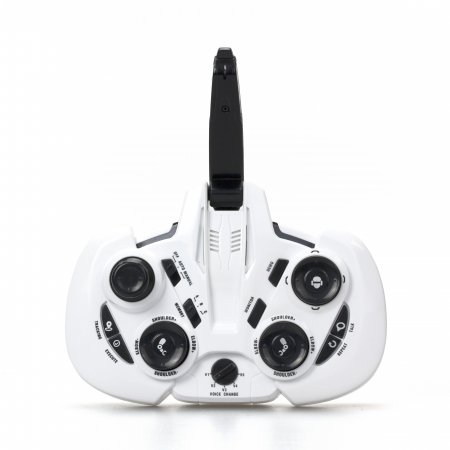 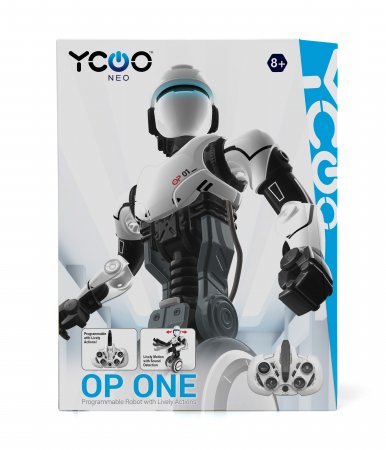 This item has a maximum order quantity of 5.

Take control of this futuristic-looking robot as you guide him precisely across the floor. Watch as you make OP One move, and see it lift objects with its motorized arms. With OP One’s remote control, you’re given control of its arm joints, its head and which way it glides across the ground.

Find a set of movements you want to see OP One do over and over again? Easily record a set of commands and movements for it to perform again later. The controller and remote can store up to three detailed routines in its memory that are easy to access.

You can do more than just move OP One. Become a spy with the remote control’s built-in speaker and microphone. Listen and speak through the robot. Listen and speak in real time, or you can record a message for later. The remote even includes 5 voice-changing sound effects allowing you to camouflage your voice and giving OP One a voice of its own.

With no assembly required, you can get OP One moving right away. Just add batteries (not included)! 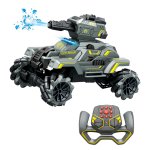