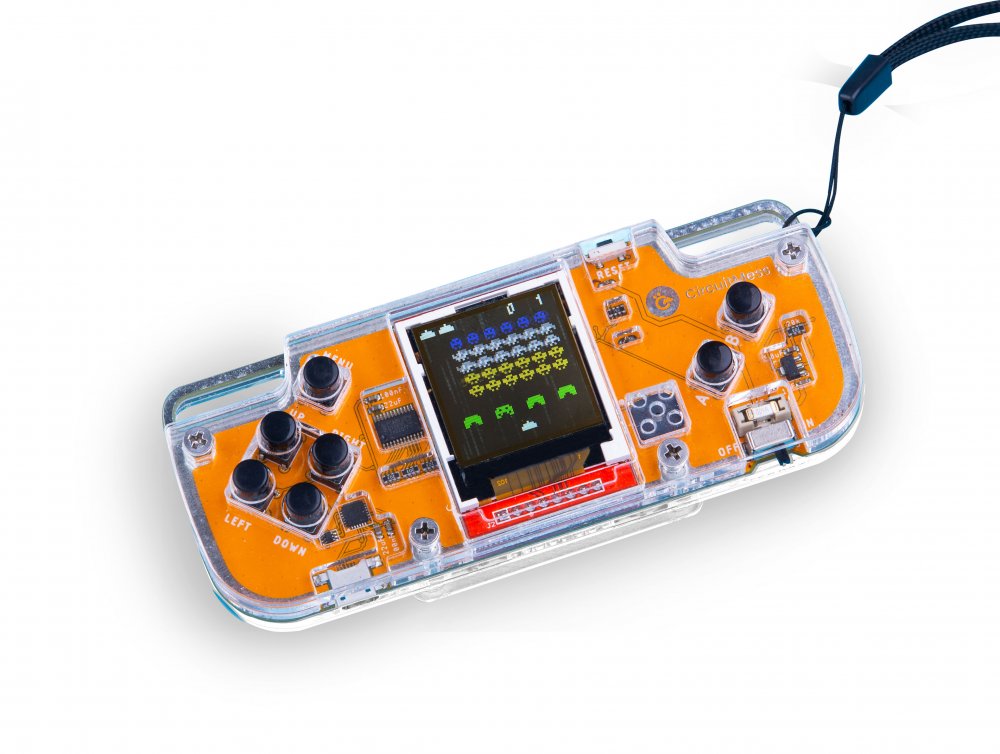 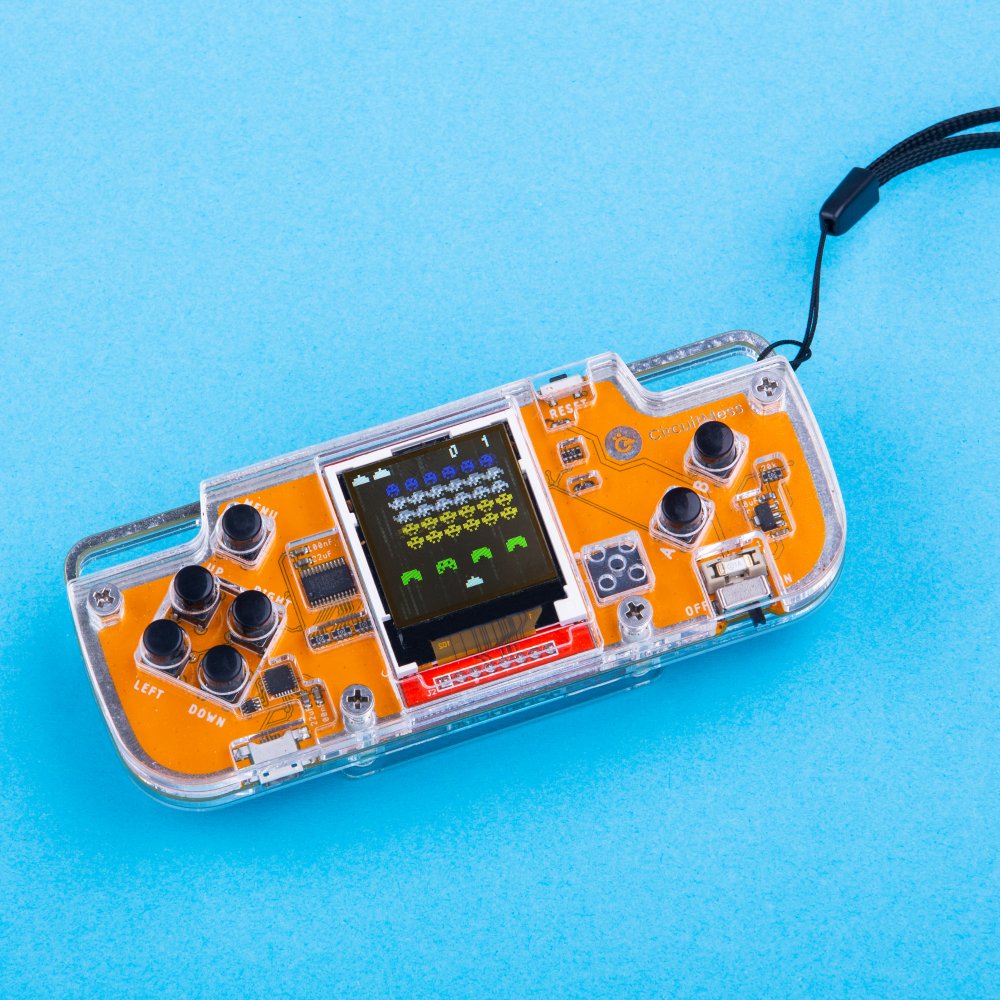 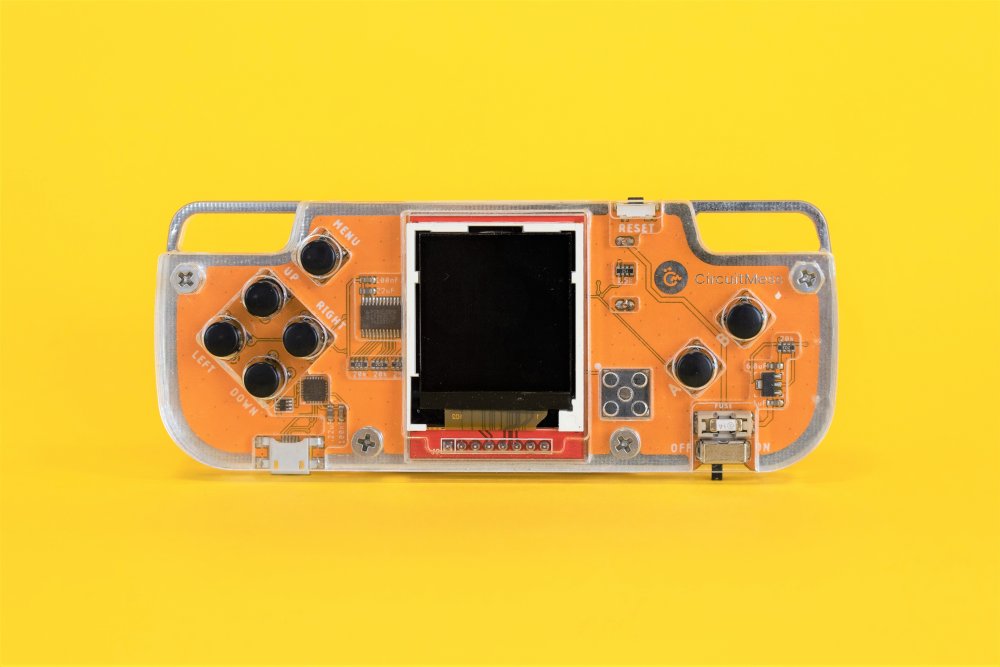 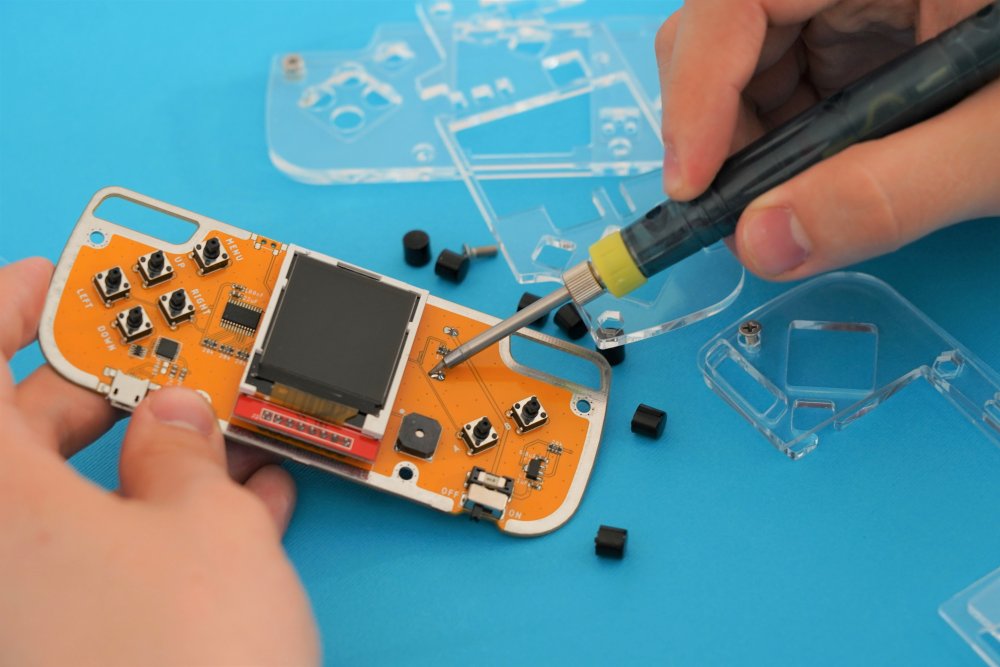 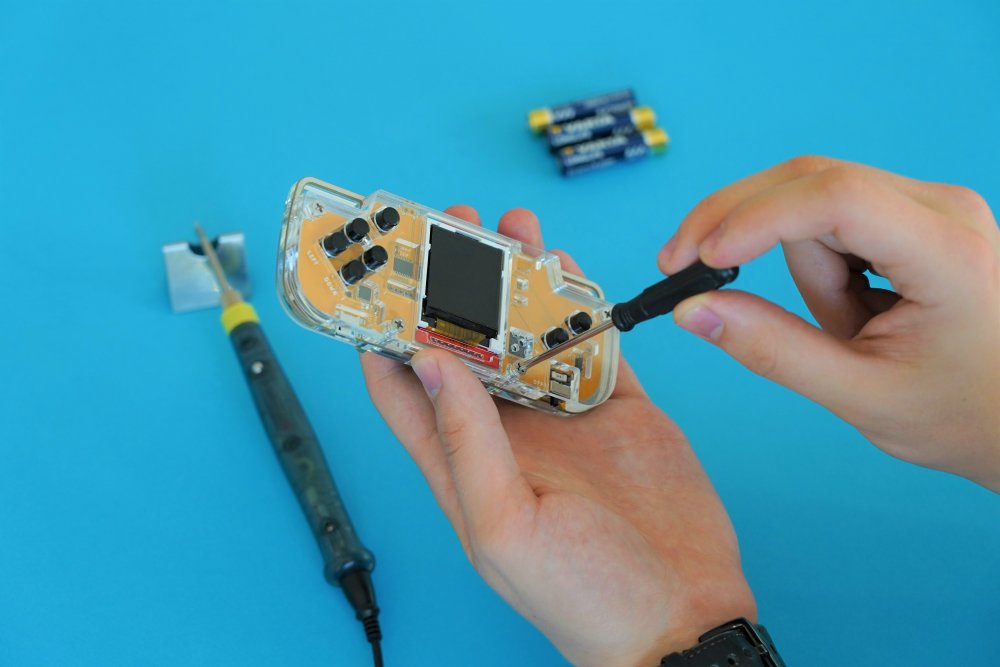 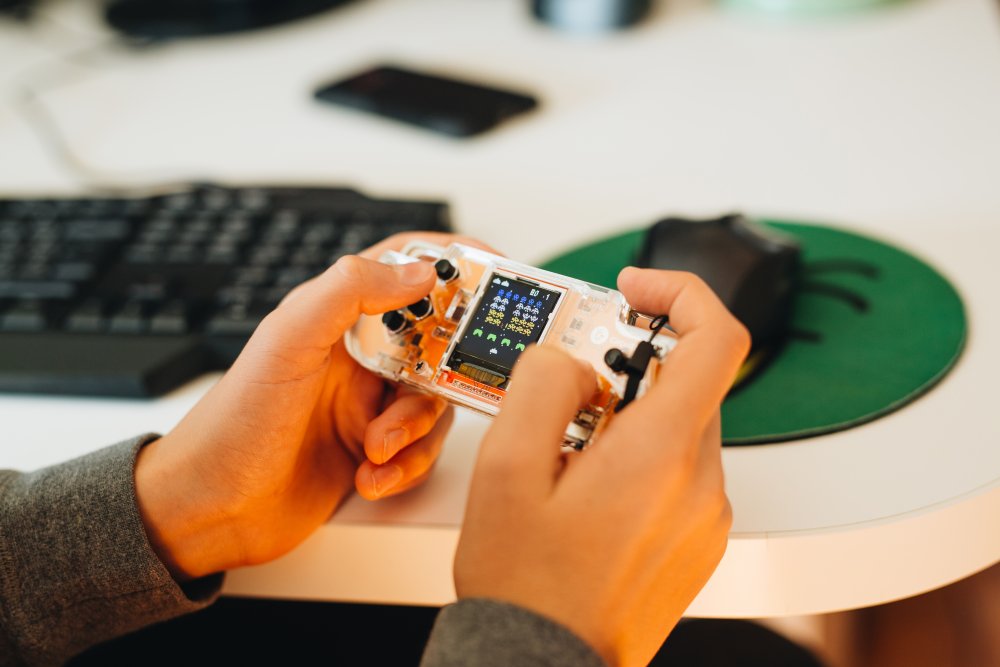 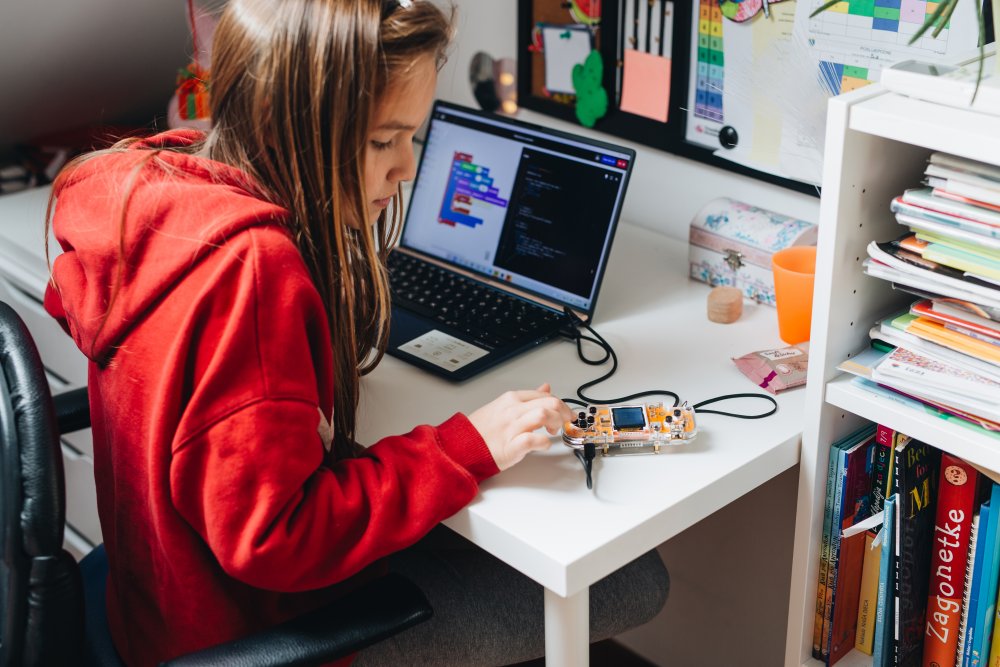 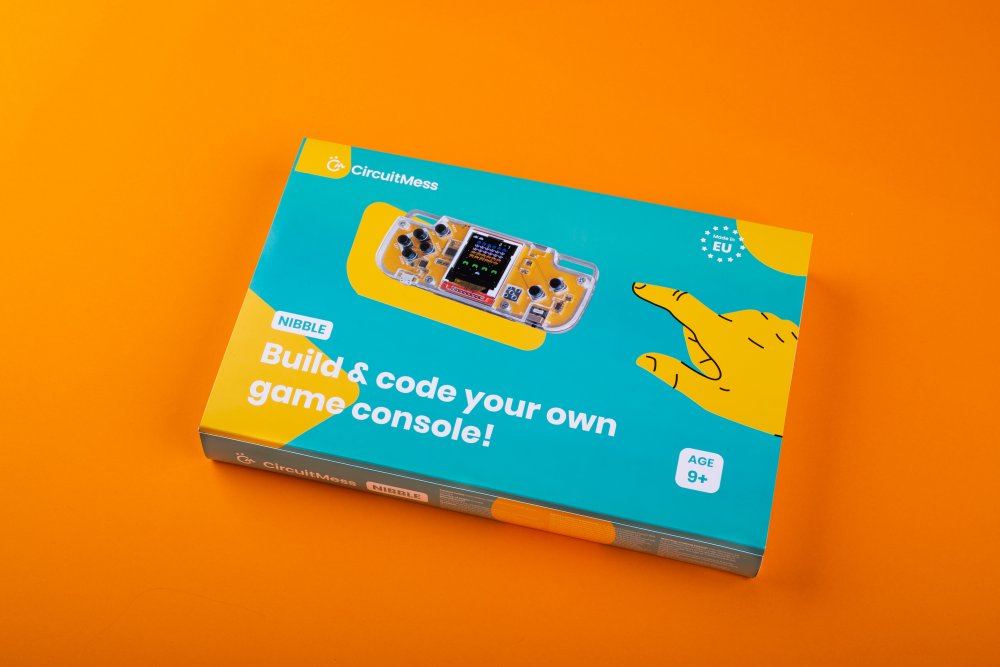 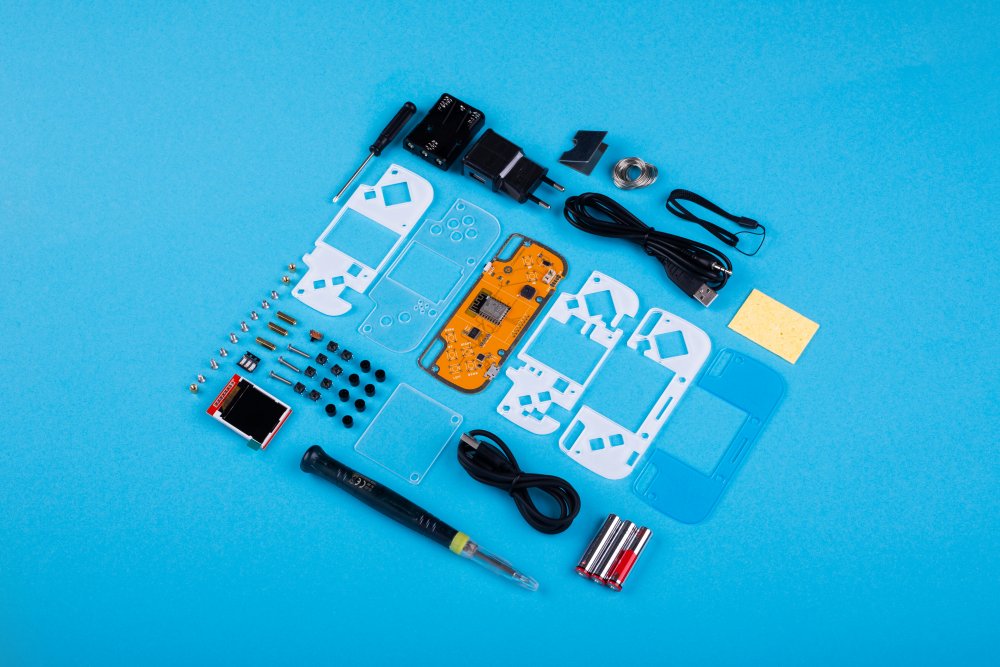 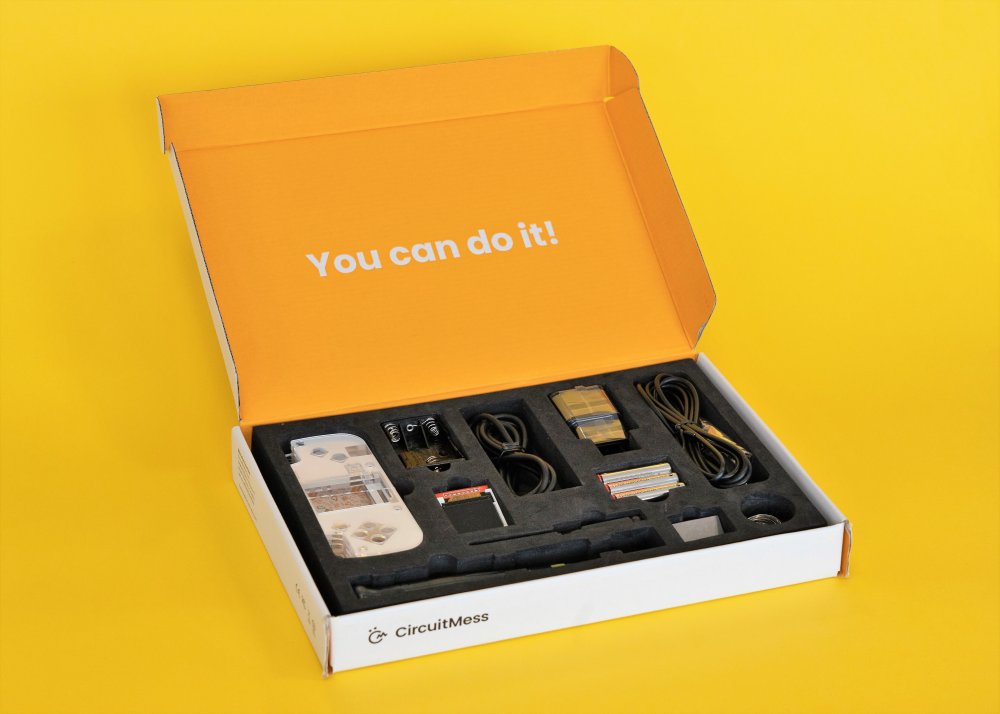 
Build & Code Your Own Game Console

Preloaded with four retro games inspired by video game classics, this DIY kit has everything you need to build your own handheld video game console! Educate yourself on electronics and programming in a fun and interesting way to create games and apps of your own design. No prior knowledge is needed. Nibble is also preloaded with unique retro games that are inspired by the classics. Just requires use of your own PC to code in Arduino, CircuitBlocks, or Python. The software is open source with all the necessary components and drivers installed.

Nibble is based on ESP8266 – a microcontroller used on various Arduino development boards. Therefore, it can be programmed in Arduino IDE (based on C/C++) – the most popular programming environment for makers. You can code games for your Nibble in CircuitBlocks code editor similar to Scratch or Code.org that makes it easy for beginners to get into embedded programming.

Make sure you have all of the tools you need to complete your project with the Electronics Tool Pack (#315723). Included are a soldering iron, diagonal cutter pliers and everything else you’ll need for this project.