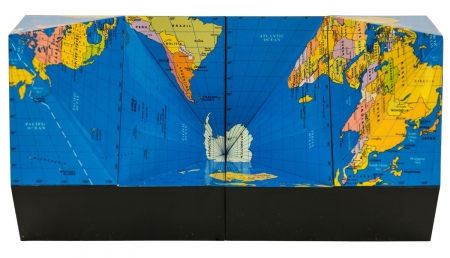 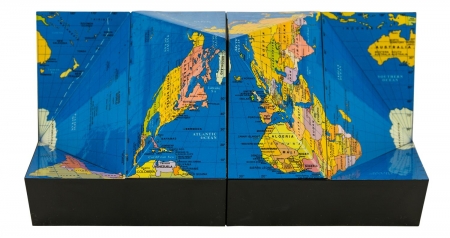 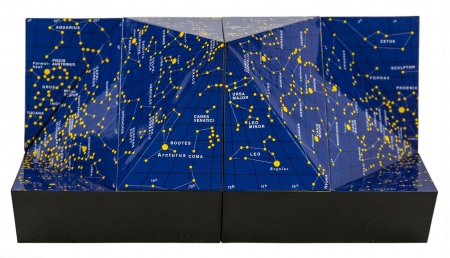 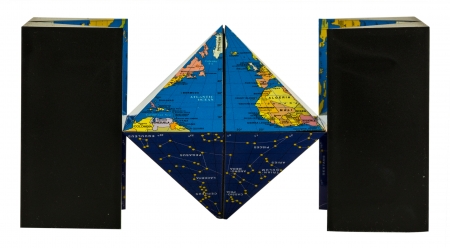 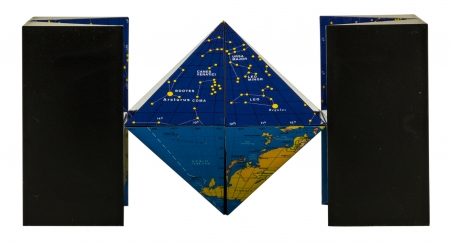 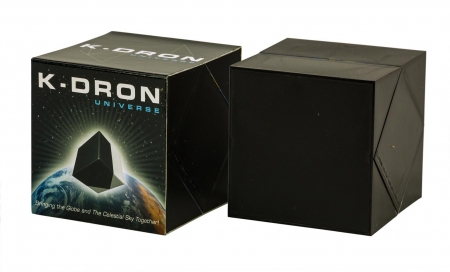 
A Globe that Bridges the Earth with the Celestial Sky

This revolutionary geographic novelty is an 'inside-out' globe that enables you to manipulate your view of the world at both the North and South Poles AND the universe from the Northern and Southern Constellations. This is only possible due to its use a of a patented geographic shape known as the K-dron.

What makes the K-Dron Universe unique?

On a regular GLOBE you cannot compare, for example, the Caribbean and Madagascar. If you turn to the Caribbean you cannot see Madagascar because it is on the opposite side of the globe. You can compare them on a MAP but then you do not know how they are 3-dimensionally located. On the K-DRON (as on the MAP) you can compare both regions and (as on the GLOBE) you can see their 3-dimensional location. For this reason, the K-DRON acts as a bridge between MAP and GLOBE.

Continue to manipulate the K-DRON and unlike any MAP or GLOBE, you can represent both the night sky and both the northern and southern hemispheres. It’s amazing!

More about the K-DRON spatial form:

K-DRON is both a remarkably simple and complex structure. Its basic form has a square base, 11 multifaceted sides and a diamond-shaped face with a 45 degree angle of inclination. Viewed from above, it is a square within a square. The surface structure is both symmetrical and asymmetrical, concave and convex.

Because of the opposite but complementary nature of its structure, two basic K-DRONs placed on top of each other form a cube. Its structure is intrinsically related to the symmetry of such common forms as the cube, pyramid, octahedron.