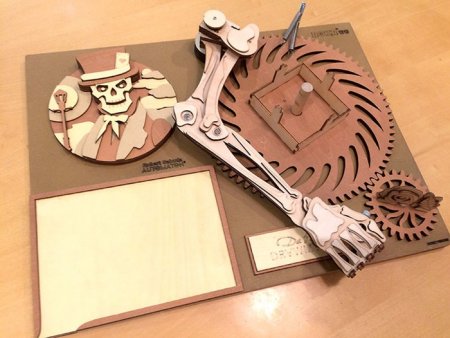 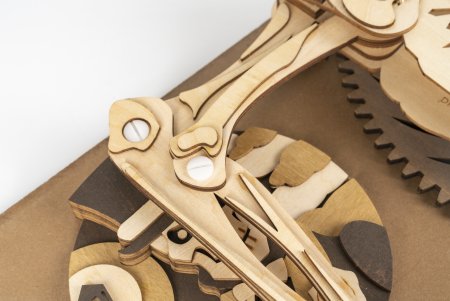 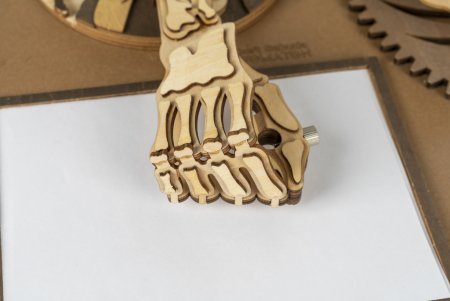 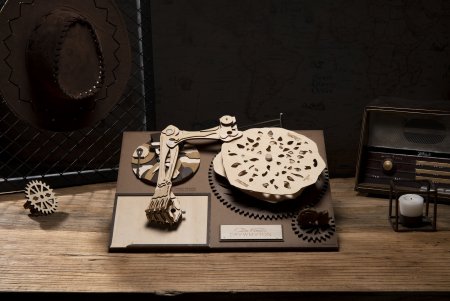 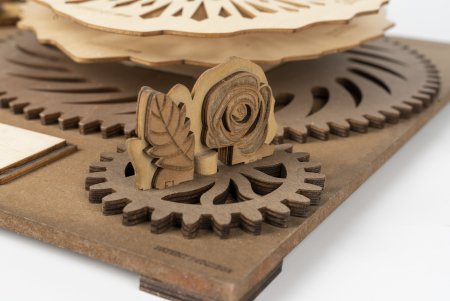 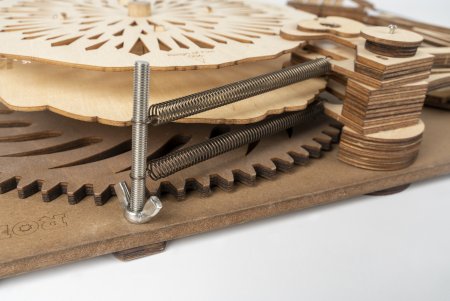 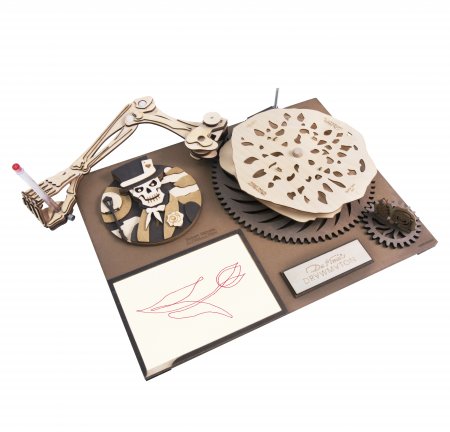 Inspired by Leonardo da Vinci’s Robot Knight (built around 1495), these all-wood automaton kits will amaze your friends just as The Florentine’s device amazed kings and queens some 5 centuries ago. Programmed by wood cams, the included set of disks will magically produce 4 different artistic sketches as if drawn by a master artist’s hand. Sketches include Skull, Horse, Flower and Ladies Portrait. Powered by hand crank so no batteries are required! Assembled size: 15” x 11” x 3”. For experienced hobbyists ages 14+. 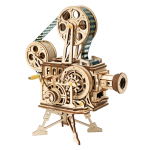 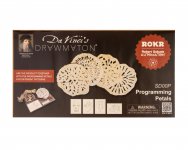