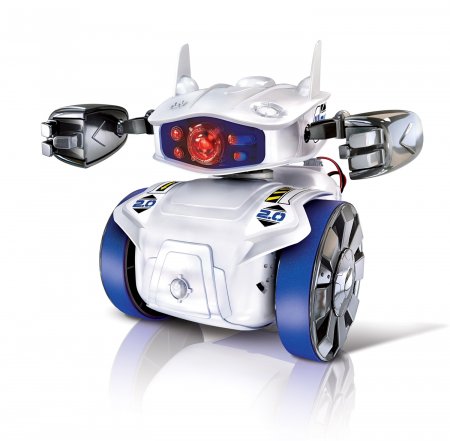 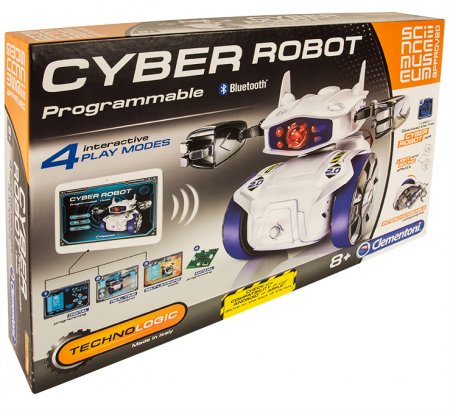 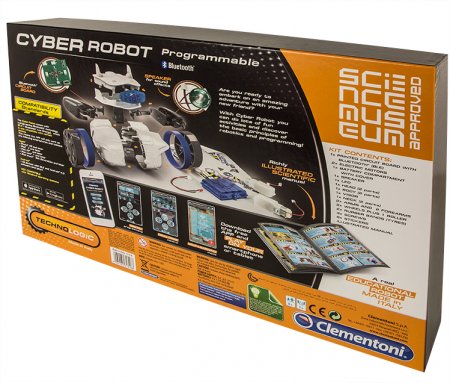 Are you ready to embark on an amazing adventure with your new friend? With Cyber Robot you can do lots of fun activities and discover the basic principles of robotics and programming!

Assemble this Bluetooth® cyber robot then download the free app (from App Store or Google Play) to your own smart device.  Now you can either program the robot’s movements, sound, and lighting effects or control it in real time via remote control. Manual buttons also allow for direct control without use of your smart device.

Compatibility Standards
The Cyber Robot comes with energy-saving Bluetooth® technology, which is only compatible with certain devices. The means the APP will only work on the following smartphones and tablets:
Apple®:

***NOT COMPATIBLE with Windows® Operating Systems***

The Cyber Robot is an improvement over the Recon in that:

However, the Cyber Robot 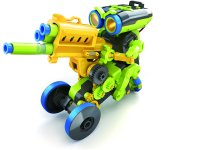