The Brew Your Own Root Beer Kit 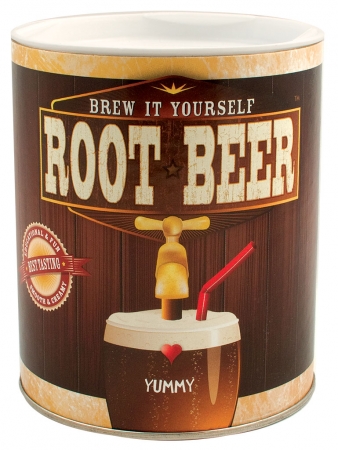 There is absolutely nothing like a refreshing gulp of home-brewed root beer. This easy to use kit lets you brew up a 2-gallon batch you're sure to enjoy. Makes a great project or a perfect birthday gift.

Everyone loves a cold, frosty mug of root beer, and let's not forget the root beer float! But where did this historic drink come from?

According to historical documents, Shakespeare drank something called "small beers." This brew was actually made from an early colonial American recipe and it contained 2 to 12 percent alcohol and was considered a "light, social drink."

During American Colonial times, root beer was introduced along with Birch Beer, Sarsparilla Beer, and Ginger Beer. Only root beer would reign as a longtime favorite.

Most historians say that an actual root beer recipe happened by pure accident, by an eager pharmacist looking for a miracle drug. Even though people were drinking a herbal home-brewed variety of root beer for years, it was mostly an experiment for the creative and inventive.

In 1870, a pharmacist came up with a recipe for root beer consisting of juniper, wintergreen, spikenard, pipsissewa, sarsaparilla, vanilla beans, hops, dog grass, birch bark and licorice. The drink was very medicinal and tasted both bitter and sweet.

It was offered to the public as a cure-all, however, it was never widely marketed or well-received.

No matter what root beer history story you believe, root beer is an original brew that predates colas and other sodas. Brew your own, and relive its historical origins today! 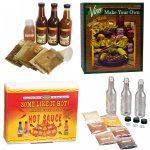